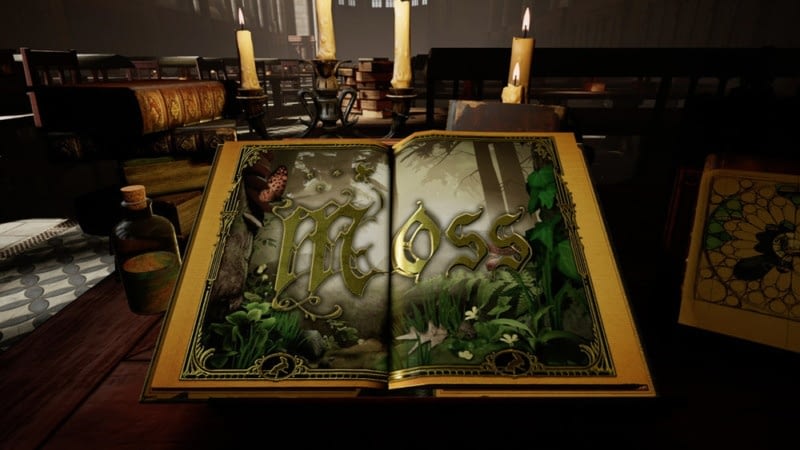 Moss VR by Polyarc is a great single-player VR puzzle game that has beautiful images, a fun story, and fully utilizes VR gameplay. Moss is not a new game, it was first released in 2018 on the Playstation 4, but it certainly is one of the better examples of VR Puzzle games. Moss is available on Steam VR, Oculus Rift, Oculus Quest, and Playstation VR.  Let’s break down this Moss Review VR Puzzle Game. 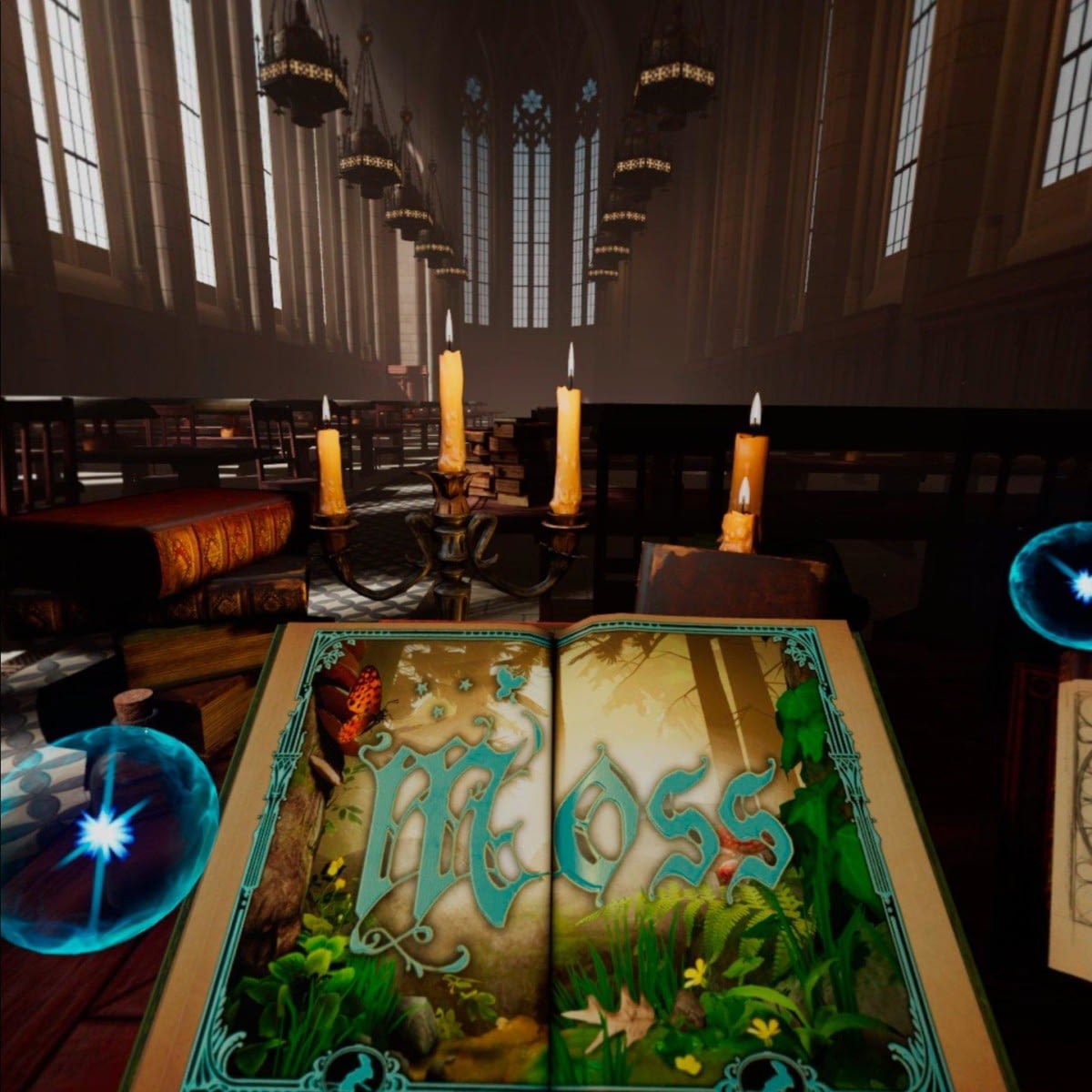 Moss starts with your reading a large, old-looking, book in a pretty beautiful setting. Very stunning VR cinematics take place in front of you as you flip the pages of the book. This is a great way to get involved in the story and sets the mood.

You play Moss VR Game as a small mouse called Quill. This little creature is incredible. She has a fun personality and you care about her immediately. Polyarc did an amazing job of connecting you to the character. You can even pet her on the head till she smiles. When she will inevitably die, you will actually feel horrible. She does respawn immediately, but man, did I feel bad each time it happened. 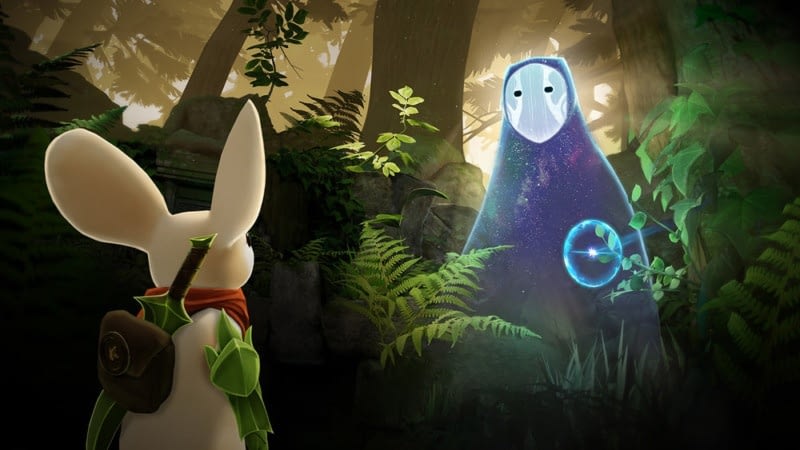 You play as the overseeing “god” which the game refers to as “The Reader”. Quill is mouse size in the scene in front of you, while you at a much larger height look down on her and navigate her through the scene. This makes for an interesting mix of first-person and third-person gameplay.

Moss is simple to play. Each level is displayed in front of you with Quill starting on one side. You simply make it through to the other side, solving various navigational and environmental puzzles, and perhaps finding the possible various scrolls on the screen. The game encourages you to look on top of a wall or behind that bush. 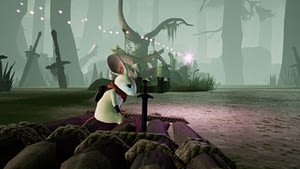 There are so many beautiful things to look at. There is no blood or gore in this game and that makes it very family-friendly. VR usage is really top-notch. For example, if you peer over a wall, you can see what is behind it, and it might be just the scroll you are looking for.  It is one of the best uses of VR I have seen, this mix between mouse tiny and large world.

There are all kinds of “full size” human relics like shields and helmets from a battle mixed in with tiny little mouse houses. Amazing graphics and controls in this Moss review.

The puzzles of Moss VR start out pretty simply. You need to jump here or there, and maybe move around a corner. As the game progresses though, these visual puzzles will likely leave you scratching your head! Some of the later puzzles are quite complex and need you to think outside the box. Often times using enemies to progress is part of solving the puzzles. 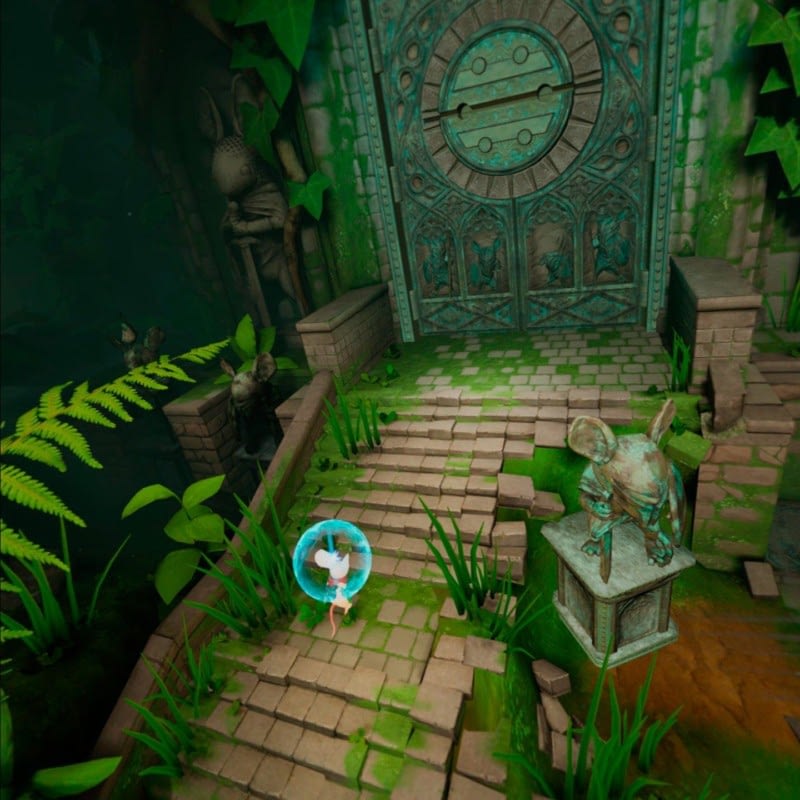 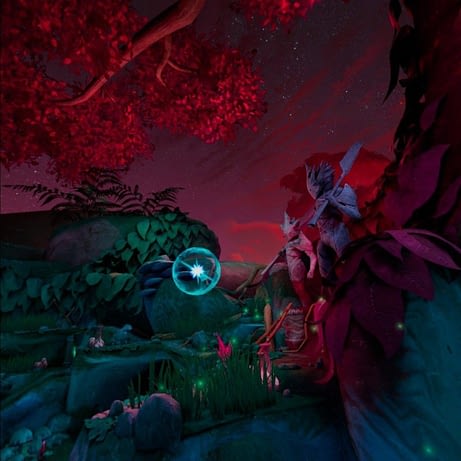 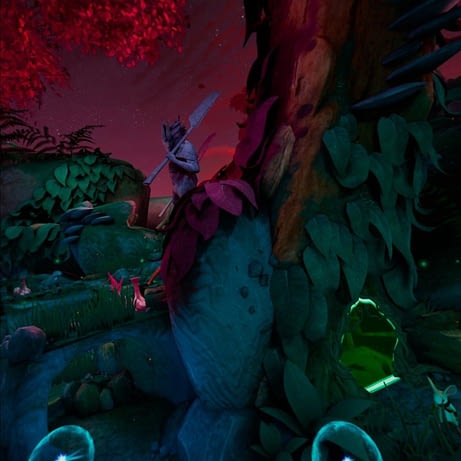 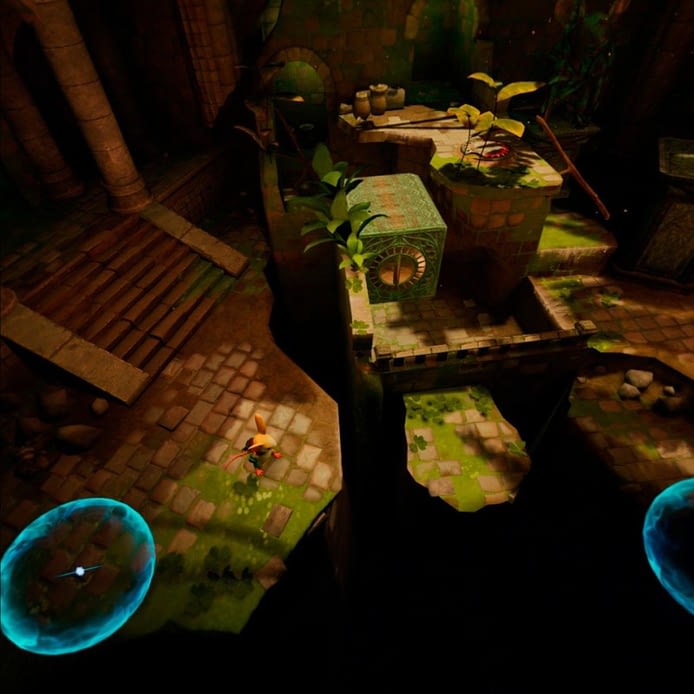 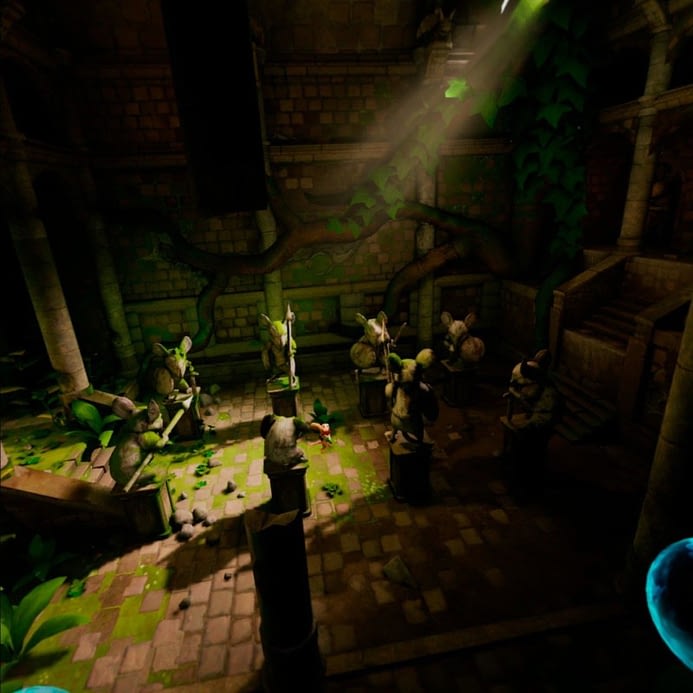 The controls are pretty straightforward here. You move Quill with the left joystick and make her jump with buttons on the right. You also get to interact with objects as the “Reader” as shown by two glowing orbs on the screen. You can interact with many objects on the screen, but mainly you will raise and lower platforms, stall enemies, push and pull levers, and restore Quill’s health by clicking on her.

This healing mechanic is great because it allows you to not have to start the whole level over again just because you slightly misclicked. You will fight evil creatures at a certain point with Quill, stabbing away. The fighting is pretty basic button mashing, but it is still pretty fun. Quill will help direct you where to go when you are lost with sign language and mousey squeaks. Don’t expect translating it to be easy though. 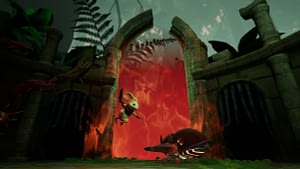 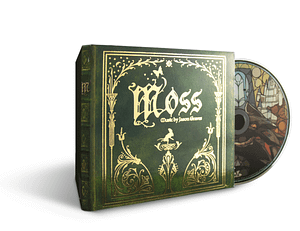 The soundtrack is created by Jason Graves who did such other games as Tomb Raider, Until Dawn, Evolve, and Far Cry Primal. So yeah, it’s top-notch. It’s very whimsical and fairytale-like.

The voice acting is also very good starting with a great narrator and moving into the various characters and Quill. Each time animations happen on the screen to advance something, the sound is right there, making you feel truly immersed in the experience.

It also has a 3D audio sound so it comes at you from all angles. There is just so much going on with the music and sound in this game from tiny insects chirping to stones being dragged along the ground. It all adds to the magic.

Does Moss Cause Motion Sickness?

Moss is played in a unique third-person, top-down play style. You are stationary as an overseeing being, looking down on the tiny mouse scenes. There is no movement of you in VR, just the tiny mouse below you.

Moss should NOT cause motion sickness issues in VR. 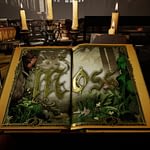 Moss combines VR visual storytelling with impressive usage of VR controls. You truly will care about the character and doing what you can to get the mouse to the other side of the screen. There is about 3-4 hours of game play here and it's a great experience the entire time. Fully Recommended. 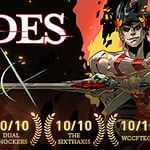 Hades Game of the Year? We’re Not Sure Why It Didn’t Happen 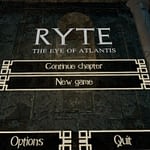