End of the World Movies to Watch during Quarantine

What are the Best End of the World Movies to Watch during Quarantine? Many people seem to have some extra time on their hands and have blasted through their favorite series and movies during Quarantine. What to watch now? I got you.

Where to watch end of the world movies during Quarantine?

These are some of the best apocalyptic movies, end of the world movies, and virus movies…. to watch during quarantine. All of these movies are available to buy, rent or free on Amazon Prime Video. They may also be available on Netflix, Hulu, or maybe you have them in a DVD somewhere. It’s time to dust that thing off.

What topics are covered in these end of the world movies?

I’ve picked a wide range of end of the world movies that you can watch during quarantine here. They include themes of a virus, end of the world, dystopia ideas, humanity coming together (or not), Vampires, Zombies, sickness and/or isolation. I even snuck a few funny and lighter movies in there. Some of these are definitely B-list cult films. Expect nothing, and be wildly entertained. See how humanity deals with countless quarantine, end of the world issues right before your eyes from the comfort of your couch.

Bruce Willis is a prisoner of state in the year 2035, who can earn parole if he agrees to travel back in time and thwart a devastating plague that has wiped out most of the earth’s population.

Why you want to watch 12 Monkeys during Quarantine –

This movie has a world wide virus that wipes out humanity and lots of twists and turns in typical time travel movie fashion. This is one of Brad Pitt’s finest films in my opinion. He plays a really good crazy person. Wait for his explanation on ‘germs’.

2) Blast from the Past

A young boy is raised in a 1950s era bomb shelter. He emerges into the outside world for the first time as a man to find a nice non mutant girl to repopulate the earth.

Why you want to watch Blast from the Past during Quarantine –

It’s a cute, light-hearted, funny end of the world movie, that isn’t dark. How much do your parents and your local environment impact who you are? This movie answers that question in spades.

Biological war has decimated life on Earth. Los Angeles is a windswept ghost town where Robert Neville tools his convertible through sunlit streets foraging for supplies.

Why you want to watch The Omega Man during Quarantine –

This end of the world virus movie will have many of you relating. Especially parts about “the family”. Wait for the scotch and chess scene!

After a mysterious virus wreaks havoc in the United Kingdom, a team of survivors tries to cope with the aftermath of the disaster and find security.

Why you want to watch 28 Days Later during Quarantine –

A zombie movie that comes from a human lab rage virus outbreak is just evil. The human topics explored in the zombie movie make it absolutely terrifying in so many ways. Plus it’s British.

Joe’s boring average life changes when he is chosen for a secret military hibernation experiment. When he wakes up from 500 years of slumber, he realises that he is the smartest man on the planet.

Why you want to watch Idiocracy during Quarantine –

If you are frustrated with those around you on social media lately. This “mockumentary turned documentary” is becoming like a playbook for our daily lives. The opening credits for this one will have you howling in laughter. Too much truth in the dumbing down of our society.

A 2012 American dystopian science fiction-adventure.Katniss Everdeen voluntarily takes her younger sister’s place in the Hunger Games: a televised competition in which two teenagers from each of the twelve Districts of Panem are chosen at random to fight to the death.

Why you want to watch Hunger Games during Quarantine –

Feeling the pinch of class difference? Hunger games puts it front and center with the poor districts having so much more to lose than the richer ones. Also, how would you survive in the woods in a fight for your life?

A nurse, a policeman, a young married couple, a salesman and other survivors of a worldwide plague that is producing aggressive, flesh-eating zombies, take refuge in a mega Midwestern shopping mall.

Why you want to watch Dawn of The Dead during Quarantine –

Who hasn’t thought about what it would be like to visit, live and shop in an empty end of the world shopping mall? Stay tuned for “Andy” to really hit you in the feels.

An isolated town lives in fear of an unknown monster from the surrounding woods. But when one from the community is badly injured, a blind girl sets out into the woods to find help from beyond.

Why you want to watch The Village during Quarantine –

This movie from M Night Shyamalan got a bad rap after Sixth Sense success. The movie is shot in such a way that scenes with “blind girl vision” are truly terrifying. This film gets better when you watch it more than once. It starts kind of slow but really hits home by the end.

Robert Neville is a brilliant scientist, but even he could not contain the terrible virus that was unstoppable. Neville is now the last human survivor in what is left of the world.

Why you want to watch I am Legend during Quarantine –

Will Smith is the last human alive, which is how you might feel right now. What does he do to keep alive and healthy?  Puppies are important.

When a couple of young astronomers discover an enormous comet on course to collide with Earth, the countdown to doomsday begins and the human race embarks on the fight for survival.

Why you want to watch Deep Impact during Quarantine –

When a disease turns all of humanity into the living dead, the last man on earth becomes a reluctant vampire hunter. Restored in original Black and White.

Vincent Price as the last man on earth, in this end of the world black and white classic. This is what  “I am Legend” with Will Smith was based off of, but with different twists. Enjoy some older classic acting when the world was a simpler place.

Why you want to watch Southland Tales during Quarantine –

This has quite the cast of characters and the movie is a bit crazy. There are Marxist revolutionaries, greedy corporations and secretive government agencies pursue their separate agendas among a paranoid populace though. That’s reason enough to be a movie to watch during quarantine.

A shy student trying to reach his family in Ohio, a gun-toting tough guy trying to find the last Twinkie, and a pair of sisters trying to get to an amusement park join forces to travel across a zombie-filled America.

Why you want to watch Zombieland during Quarantine –

If that plot summary didn’t sell you, the scenes with Bill Murray will. How about zombies in an amusement park? Twinkie hunts! Prepare to laugh.

In a post-apocalyptic wasteland, a drifter unwillingly joins a rebel warrior, in a quest to overthrow a tyrant who controls the land’s water supply.

Why you want to watch Mad Max :Fury Road during Quarantine –

If you want to see how far humanity still has to go before we are truly lost. Start here. Lots of action and high speed thrilling chase scenes. Crazy costumes are worth looking at. The first Mad Max is also a good choice for an end of the world movie.

The human race has become mysteriously sterile, and no babies have been born in 18 years. A dictatorship has arisen, but a group of revolutionaries discover they must protect the only pregnant woman in the world.

Why you want to watch Children Of Men during Quarantine –

It’s always interesting to see how humanity deals with world wide horrors. In a world where hope for the future has *truly* died, this will help you keep things in perspective.

In the future an unknown plague has transformed the world’s population into blood-thirsty vampires. As humans and their blood become more scarce, vampires must search for new ways to satisfy their craving.

Why you want to watch Daybreakers during Quarantine –

This starts off with a bat borne plague! Finally a vampire movie that has evil, scary vampires and not teenagers in lust. This movie could have been better, but it still hits enough quarantine movie points it is worth mentioning.

Shaun is a salesman whose life has no direction. However, his uneventful life takes a sudden turn when he has to single handedly deal with an entire community of zombies.

Why you want to watch Shaun of The Dead during Quarantine –

This movie will have you non stop laughing. Yes it’s another zombie movie, but just watching how the virus slowly takes hold in a small village is some of the best comedy you can see. Don’t leave this end of the world movie off your watch list.

There you have it. Some solid 17 end of the world, quarantine movies to watch while you are quarantined. If you get through this list you can check out our Top Geeky Movies To Watch Before You Die.  Do you have a suggestion for another one we forgot? Let us know in the comments!

Baby Yoda Cocktails – How to Make at Home

So You Want To Cut The Cord With Sony Playstation Vue?

A website that focus on all the Geeky Gadgets, Mobile, Technology, Comics, Television, Kickstarters, Board games, and pretty much anything that is totally unique and awesome, all aspects of geek culture. We give voice to your inner geek! 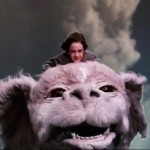 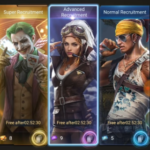 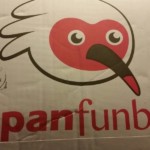 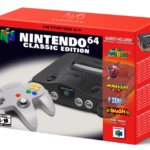 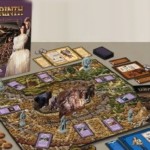 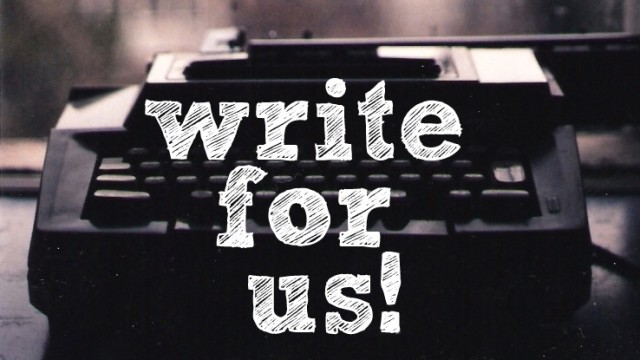 Please click here to find out more about how to write geeky stuff for us and apply today!